3 Magazine Articles that Changed the World

You can learn a language, or how to scuba dive. Try a new recipe, plan a vacation, landscape your garden, or explore history. But make no mistake, a magazine is much more than the sum of its glossy pages.

Magazines can – and do – change the world.

Here are three magazine articles that were much more than just news and entertainment. In their own way, they helped to create a bold new reality:

The Silence Breakers: The Voices that Launched a Movement 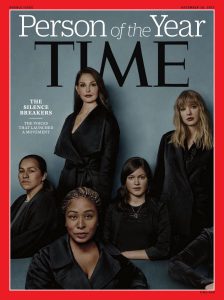 Me too. Two words that shook Hollywood to its foundations, and sent shockwaves around the world. Behind the hashtag are the brave women (and men) who risked their reputations to expose the scourge of sexual harassment in the entertainment industry and beyond. In a daring break from tradition, TIME awarded its ‘Person of the Year’ title and cover story to the entire #Metoo movement, made up of the famous and not-so-famous people who dared to take a stand.

Out – and Into the World: why the Spectator is for Leave 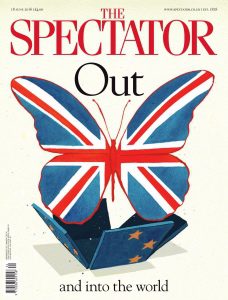 The Spectator has a long and proud tradition of sticking to its principles. So, when it came to the 2016 Brexit campaign, the magazine pulled no punches. In the days leading up to the historic vote, The Spectator went against the grain and declared its support for the ‘Leave’ movement. It wasn’t the first time. In the 1975 referendum on Europe, the magazine was the only publication advocating that the UK should leave the EC. As it happens, The Spectator was right. And the game-changing 2016 article wasn’t shy to declare ‘I told you so’.

You may not know it yet, but you are using artificial intelligence every day. From Siri to Alexa to personalised recommendations on Amazon, AI is no longer a futuristic buzzword. It’s here to stay. This article in Shares magazine marks the moment that AI became front page news for the regular folk. No longer the domain of data scientists, AI impacts us all. The question is, how will it change us? Only time, and perhaps Shares magazine, can tell.

So, there you have it. Three magazine articles that made a difference. Yet there are many more.

A timely, daring magazine article can create new perspectives, reshape public opinion, and alter the course of history. Printed or digital, a magazine might be simply a time filler at the dentist’s office – or a catalyst for sweeping global change.

What will be the next magazine article to change the world? Don’t miss it! Get thousands of magazines instantly on your mobile device or tablet with Readly. Sign up and test Readly for free now.